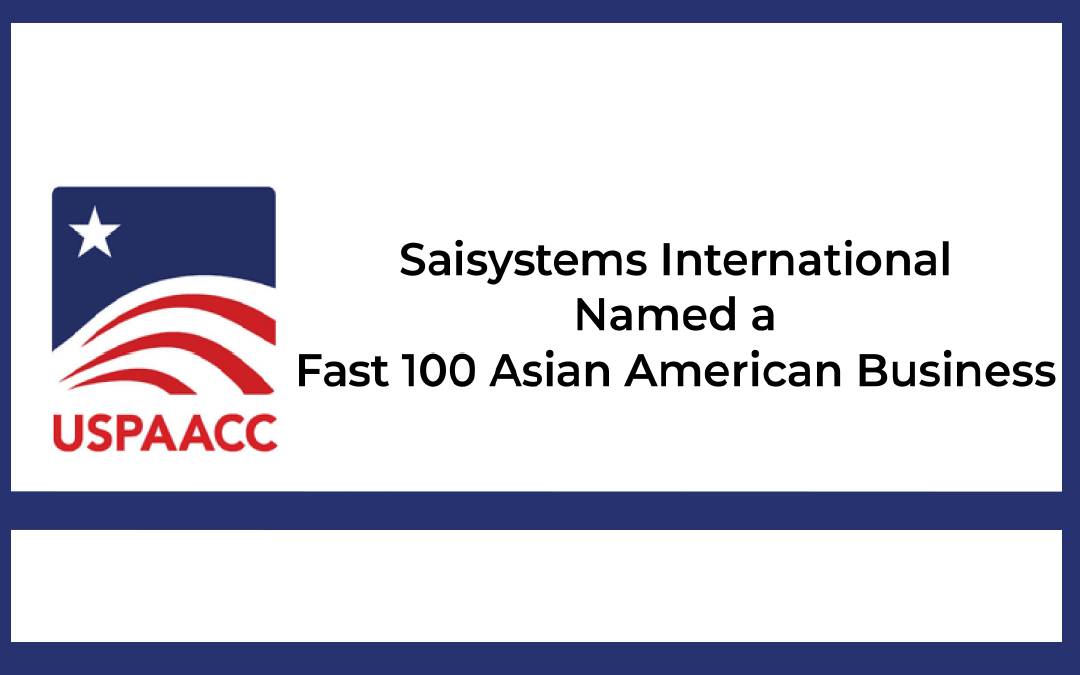 The honor celebrates Saisystems International and the other award winners’ contributions to the U.S. economy as an Asian American-owned enterprise, which according to USPAACC created thousands of jobs and generated $2.6 billion in annual revenue.

“It is an honor to once again receive this distinction.” said Saisystems International CEO Dr. Ramesh Wadhwani. “This award reinforces that when we are united in our drive for excellence, we can achieve great things.”

In a letter from Susan Au Allen, National President & CEO of USPAACC, she praised Saisystems International and the other awardees saying, “All of us at the USPAACC National Office and nationwide, are enormously proud of your achievement. We know it is your hard work, dedication and perseverance that drive the success. The Pan Asian American community is grateful for your contributions to the vitality of the economy and quality of American life.”

This is the 13th year USPAACC has celebrated the 100 fast-growing Asian American businesses for their achievements. However, this summer will mark the first year honorees will be announced virtually, with further “live” recognition received later in the year at the 35th Anniversary Jade Jubilee: CelebrASIAN Business + Procurement Conference.